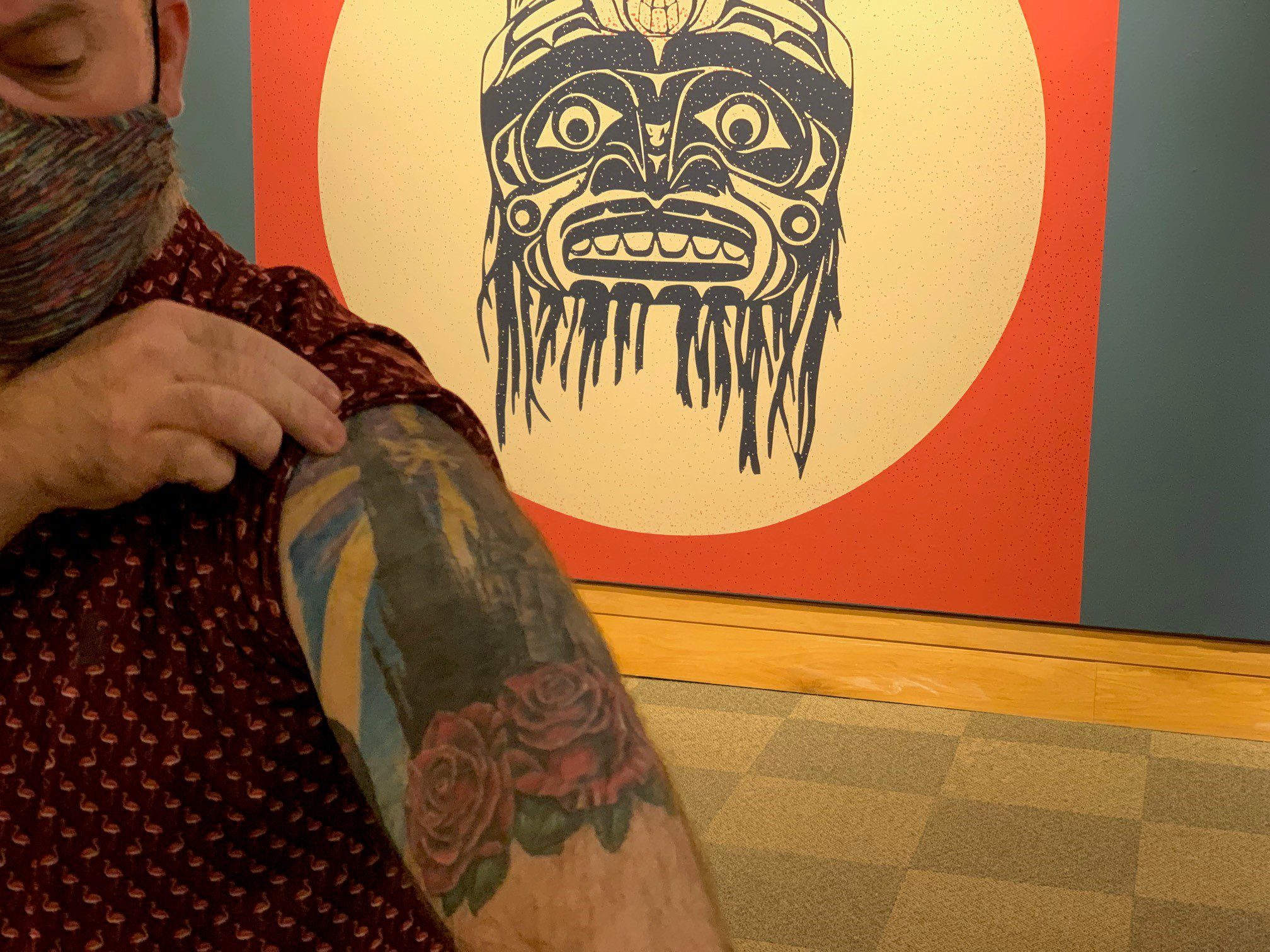 Tattooing practices date back thousands of years and have been passed down for centuries, continuing to evolve with changes in culture and technology. Our new exhibition, Tattooing: Religion, Reality and Regret, explores the body adornment practices from ancient times to the present, focusing on ancient tribal tattooing practices and on what tattooing means to people today.

For our School and Family Programs Coordinator, John Lodge, tattoos don’t need meaning – they just need to be appealing to the wearer.

When John first decided to get a tattoo, he spent years trying to decide on something he was passionate about. Traditionally, tattoos were taken to symbolize tribal or religious affiliations, war honors or coming of age. Over time, tattooing has become more mainstream, but the permanence and pressure of selecting a tattoo can still weigh on a person. “I had a hard time figuring it out,” John said of deciding what his first tattoo should be. “Then I ran across a blog… and they were saying ‘I’m sick of people asking me what my tattoos mean. They don’t have to mean anything; I just have to like how they look.’”

That moment was an epiphany in his decision-making process. He started to consider what he liked instead of what had the most meaning to him. “It didn’t take much longer after that, just a couple months,” John said. “I just had to find an artist and I basically just looked up a bunch of pictures of trees and assembled a bunch of them and sent them to the artist.”

John worked with his artist to highlight the aspects of each tree he liked, resulting in the windswept motion of his first tattoo. After a few modifications, John had a tree that also contains tributes to his family members.

In John’s case, letting go of the need for meaningful and passion-filled pieces led him to tattoos that are interesting and enjoyable to him. Two of his other tattoos are tributes to book series he enjoys.

The tower on his upper arm is a tribute to Stephen King’s Dark Tower series. His most recent tattoo keeps with the idea of “skin scrapbook” and celebrates his two years working at the Tower Theater in Oklahoma City.

“To be able to look back and remember this time in my life with the Tower, I wanted to commemorate (it), and I think the marque is such a great way to do so.”

The tattoo on his forearm was originally meant to be a traditional Japanese dragon with Harry Potter elements. After discussing the plan with his artist, the tattoo only includes a Japanese dragon. It still needs to be colored.

“Mine (are more) about being interesting to myself, not (about some) of the heavy meanings you see (in this exhibition),” John said comparing his reasons for tattooing to the longstanding tribal practices of tattooing.

The Cowboy’s Tattooing: Religion, Reality and Regret exhibition explores the tattooing practices of North American and global tribes, many of which date back thousands of years. To some tribes, tattoos were so meaningful that they would be removed from the wearer if they were not earned. Regardless of how deep the meaning is, tattoos are often a way for an individual to express who they are, what they like, and where they belong.